¡¡¡¡So the new game is called Battlefield 2042, eh? That¡¯s further in the future than I expected so I wonder what we can assume from that? Robots will obviously be a big part of the game I imagine, since they¡¯re already starting to become a thing now (remember when people thought they were too sci-fi in Call Of Duty?) but who will be the bad guys? I think the time skip will be for more than tech reasons and it means instead of terrorists we¡¯re probably looking at some sort of environmental disaster/refugee crisis.

¡¡¡¡I know we haven¡¯t seen anything official yet, and even the leaks are pretty vague, but I¡¯m cautiously optimistic about Battlefield. Just because, as people have pointed out, this is basically the last chance for EA to get it right and I think they¡¯re going all in.

¡¡¡¡PS: Since Battlefield 2142 (the one everyone always forgets about) has giant mechs and such I would be totally up for an expansion based on that, since they¡¯ll probably not doing a full sequel given they have Battlefield now.

¡¡¡¡That¡¯s a common prediction for the future and it avoids having the bad guys be generic Middle Eastern terrorists and instead something the story can actually get its teeth into. Who exactly you¡¯d be fighting I don¡¯t know, but it¡¯ll be interesting to see whether EA do the opposite to Ubisoft and actually get political ¨C or at least show a realistic depiction of what the future could be.

¡¡¡¡I must say I share everyone¡¯s disappointment that God Of War is cross-gen. Sure, it¡¯s going to look amazing but one of the main selling points of the PlayStation 5 was the SSD and how it opens up game design to new possibilities. At the moment we¡¯ve basically got a PS4 Pro Pro.

¡¡¡¡GC: Nothing has been confirmed about the new God Of War, not even its name. Sackboy and Miles Morales are the same price on both consoles but they¡¯re not ¡ê70. Horizon Forbidden West will probably be the first chance to see if a PlayStation 4 game will be priced at ¡ê70.

¡¡¡¡Has it been confirmed that it will still cost ¡ê70 on PlayStation 5? If it¡¯s ¡ê15 cheaper on PlayStation 4 it¡¯s really going to rub salt in the wound. Technically the game development cost has actually been increased by the inclusion of a PlayStation 4 version, so logically that should be the more expensive one (I must clarify though that I don¡¯t want that!).

¡¡¡¡Disgusting to see that Cyberpunk 2077 ¡®gag reel¡¯ and then to have a producer actually tweet about it, as if he saw nothing wrong with it! Personally, I think CD Projekt¡¯s reputation is unrecoverable at this point. Before Cyberpunk they were everyone¡¯s favourite, not only because they made The Witcher 3 but because they seemed very consumer friendly, with the free DLC and anything.

¡¡¡¡Now we see the truth that you¡¯re only as good as your last game, which in this case was industry-shatteringly awful. At least in terms of what it stands for.

¡¡¡¡I agree that CD Projekt should cut their loses and just move on to The Witcher 4. Nobody¡¯s going to play Cyberpunk multiplayer, especially if it¡¯s a standalone game, so that¡¯s just drawing out the pain unnecessarily. I¡¯m not surprised to hear about so many staff leaving, I would too if I worked there. Gametic universe

¡¡¡¡I¡¯m sure this Ubisoft leak about a new Tom Clancy PvP game is true but it already sounds boring. What I don¡¯t understand is why they¡¯ve never tried to have a proper crossover game for all these difference series that are supposed to be set in the same universe. The only one I can think of is EndWar and that was basically a real-time strategy game (and quite good, I wouldn¡¯t mind a sequel).

¡¡¡¡I guess the problem is that none of them really have any memorable characters except Sam Fisher, but that in itself is a clue as to how things have bene going wrong with the whole franchise. I do find it strange that no publisher has tried to create a Marvel style ¡®cinematic universe¡¯ but with games. Weirdly the closest anyone has come is Nintendo with Smash Bros. and that barely has any kind of story. A Tom Clancy universe could help to even out the creepy right wing agenda though by having characters that were a bit more diverse and liberal but Ubisoft doesn¡¯t seem to care. Activision kind of did it when World At War and Black Ops had a surprising connection and I¡¯d like to see more of that kind of stuff.

¡¡¡¡Last year I got my hands on an original PlayStation and a Nintendo 64 to relive my youth. It¡¯s been 21 years since I owned a N64 and had a few games up in the loft, still in their boxes and still with the price tags on them. Some AAA titles were ¡ê50 for a game 21 years ago, made with a smaller team of developers, shorter play times, 64-bit graphics. and minimal audio dialogue.

¡¡¡¡Is ¡ê70 for a shiny new next gen game really out of order? It¡¯s an increase of about 95p a year. What¡¯s more if it had risen in line with inflation then games would now be at around ¡ê125.50. I think that¡¯s pretty fair for the 60fps, short loading times, HDR, 4k resolution, 30+ hours of gameplay, and complex storylines, voice acted out by numerous professional actors.

¡¡¡¡Seems to me the only thing that is inflated is some people¡¯s expectations and their underestimation of the true cost of the future.

¡¡¡¡RE: Chris and GC¡¯s discussion of old games that still look good. I¡¯d say that Majora¡¯s Mask looks much better than Ocarina Of Time. They used the same engine (I think) but the models in Majora¡¯s Mask held up much better in my opinion.

¡¡¡¡Battlefield 2042 story and settingCheck all news and articles from the latest Gaming News and updates. Disclaimer: If you need to update/edit/remove this news or article then please contact our support team. For Latest Updates Follow us on Google?News 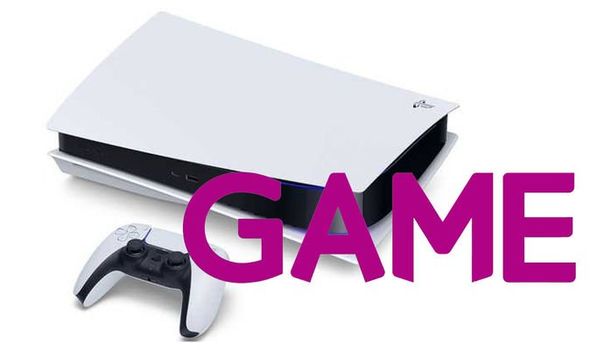 ¡¡¡¡When you subscribe we will use the information you provide to send you these newsletters. Sometimes they’ll include recommendations for other related newsletters or services we offer. Our Privacy Notice explains more about how we use your data, and your rights. You can unsubscribe at any time.

¡¡¡¡UPDATE: PS5 stock hunters are gearing up for the next GAME restock, which is rumoured to drop shortly.

¡¡¡¡The next PS5 GAME restock is tipped to happen on either Tuesday June 8 or Wednesday June 9, with a stock drop time between 9am and 10am BST.

¡¡¡¡Once stock becomes available to buy gamers will have to get into a queue to purchase a PS5 from GAME, if previous restocks are anything to go by.

¡¡¡¡If you want to purchase a PS5 from GAME then you’ll need to head to this order page.

¡¡¡¡ORIGINAL: More PS5 stock could become available to buy at GAME in the coming days.

¡¡¡¡The major high street retailer had been rumoured to launch its latest PS5 restock last Thursday, however there reportedly was a delay due to both PlayStation 5 and Xbox Series X stock arriving around the same time.

¡¡¡¡However, the good news is the actual release date for GAME’s next batch of PS5 stock hasn’t shifted. 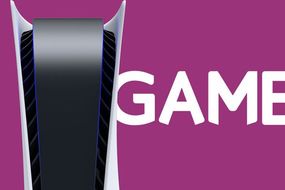 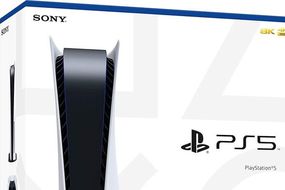 ¡¡¡¡GAME still lists their next lot of PS5 pre-orders as having a release date of Friday June 11, it’s just the day that gamers will be able to order which appears to have moved.

¡¡¡¡And now both the @PS5StockAlertUK and @PS5Instant Twitter accounts have revealed when the next restock could be.

¡¡¡¡The @PS5StockAlertUK Twitter said the next GAME restock could go live on either Tuesday June 8 or Wednesday June 9.

¡¡¡¡The account tweeted: “Update: GAME, the gaming retailer was originally set to drop #PS5 bundles on Thursday (9-10am) however, due to already existing PS5 and Series X orders being packed/fulfilled, they had to delay the drop. We expect GAME to drop either 8th or 9th June.” 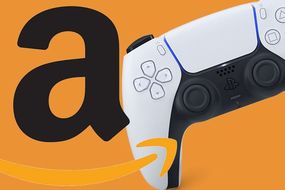 Amazon UK could be getting ANOTHER PS5 stock shipment this month

¡¡¡¡So far no GAME PS5 stock has become available on Monday June 7, so Tuesday and Wednesday are the remaining candidates.

¡¡¡¡As @PS5Instant highlighted, the restock time at GAME should be between 9am and 10am.

¡¡¡¡With past restocks a queue has gone live during this time which GAME shoppers have to get in to be in with a chance of purchasing a PlayStation 5. 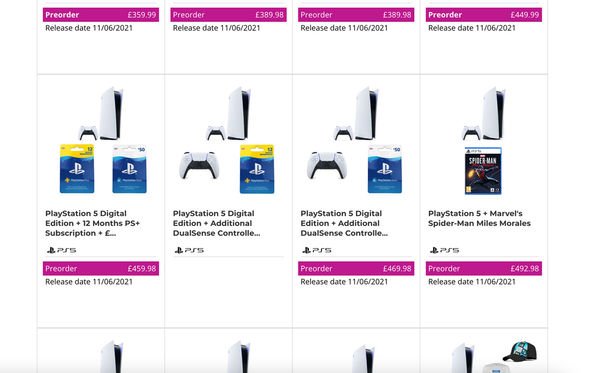 ¡¡¡¡These purchase options include standalone Disc and Digital consoles as well as bundles.

¡¡¡¡If you’re looking to purchase a PS5 from GAME then you’re best bet is the Disc console, as GAME reportedly has more Disc stock than Digital.

¡¡¡¡According to @PS5Instant, the latest PS5 GAME restock is made up of over 12,000 consoles – with almost two thirds being physical systems.

¡¡¡¡If you’re hoping to purchase a PS5 in the coming GAME restock then one strategy to keep in mind is that standalone consoles tend to sell out the fastest.

¡¡¡¡You’re likely to have more chance getting one of the bundles on offer than a PS5 console on its own.

¡¡¡¡The cheapest PS5 Digital bundle available at GAME in its next restock costs ¡ê389.98 and includes a console, cap and T-shirt.

¡¡¡¡The cheapest PS5 Disc bundle is ¡ê492.98 and includes a console as well as copy of Marvel’s Spider-Man Miles Morales.

¡¡¡¡This article contains affiliate links, which means we may receive a commission on any sales of products or services we write about.